Adding to our panel of distinguished judges, we are pleased to announce the jazz adjudicators for 2019. Andrea Keller and Dr Mace Francis are both well-known and influential Australian jazz musicians, leaving this year’s Jazz Band entrants in great hands.

Andrea Keller grew up in Sydney, and moved to Melbourne to study at the Victorian College of the Arts. She went on to pursue a career as a pianist and composer, with a passionate dedication to performing and composing jazz.

Described as having “one of Australia’s most consistently interesting musical minds” (Doug Spencer 2007), Andrea has received multiple ARIA, Australian Jazz Bell, and Art Music Awards, as well as an APRA Professional Development Award. Her professional career has seen her perform in a range of arenas, from big band to solo, while also focusing on her own compositions and arrangements. She was a founding member of the original Bennetts Lane Big Band, and is a represented artist of the Australian Music Centre.

She currently runs educational programs such as Girls Do Jazz and Masters & Apprentices and is a lecturer in Music (Jazz & Improvisation) at the Faculty of Fine Arts and Music, University of Melbourne. She is eager to see the talent on show at ASPIRE 2019 and looks forward to an unforgettable experience for both herself and the ASPIRE participants. 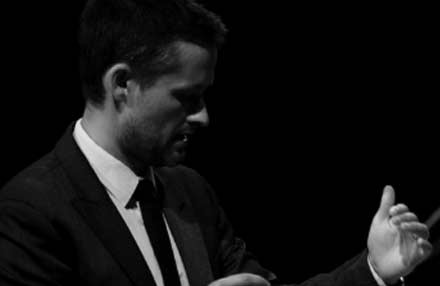 Dr Mace Francis is a passionate musician, composer and big band fan, and has worked hard to build a name for himself as a predominant figure in the jazz industry, both in Australia and around the world.

Mace has won several awards for his original compositions, such as the 2004 APRA Professional Development Award, the international Italian composition prize ‘Scrivere in Jazz’, and the 2015 APRA Jazz Work of the Year. Based in Perth, Mace lectures in Arranging and Composition at the Western Australia Academy of Performing Arts, and is currently Artistic Director of the WA Youth Jazz Orchestra, where he has implemented emerging composer commissions and guest artist programs.

Mace is a strong advocate for original large ensemble jazz music, and formed his own 14-piece ensemble, the Mace Francis Orchestra, in 2005. MFO have released six CDs and toured internationally four times. Mace is excited to inspire the young future musicians of ASPIRE with jazz music, just as he himself was inspired.